Life on The Ranch The Farrier

Life on The Ranch

My great grandparents, Harry and Elvira Redfield homesteaded a ranch southwest of Twin Bridges, Montana after their marriage in 1888. My granddad Ralph was born in Whitehall, Montana on April 25, 1893. He was the 3rd oldest out of 10 children. I was proud that he was born in the 1800’s!  I imagined him living like the characters of one of my favorite show growing up, “Little House on the Prairie.” Often, sitting around the kitchen table, he told us stories of his own life on the ranch. These accounts were published in the book “Pioneer Trails and Trials”.

“Two different groups of about fifteen Indian families came by our house when I was six. Each family carried their belongings and smaller children on a travois behind their horse. When the first group came by, my brother, Jim and I hid under a bed. We stayed there until we saw Mother give two Indians each a loaf of bread. There was no hostile Indians in Montana at that time.”

“Jim and I saw our first electric light in 1907. Our dad sold some cattle and we helped a neighbor deliver them to Dillon. We stayed at the Hokum Rooming House. We left the light on when we went to bed as we were afraid to try to turn it off. I awoke in the night and turned it off. In the morning, Jim had thought it had gone out by itself.”

Throughout his life, Granddad traveled throughout the West, holding various jobs. He worked on a government survey during the summer of 1911 near Browning, Montana surveying Indian allotments.  He was transferred to the Colville Indian Reservation in Washington that fall and continued to survey there during the summers of 1912 and 1913. He was drafted into the Army in 1917 and was sent to Fort Lewis. Later he was transferred to the Spruce Division of the Air Force and worked in the woods getting out timber.

After he was discharged, he worked on ranches both in California and Montana before taking over the family ranch in 1933 with his wife, Clara. They raised seven children there, including my mom, Phyllis, or Penny as she was nicknamed.

When Ralph was twelve, his father taught him how to shoe a horse. In 1914 he stayed with his sister in California and worked as an apprentice to a blacksmith for six months. He received one dollar a day for shoeing on the average of six horses and helping with forge work.

During the depression, Ralph shod horses for a dollar a head with shoes furnished. In the forties he was able to charge more per head and shod mostly ranch horses. He was one of the first farriers to go from ranch to ranch shoeing horses.

I couldn’t grasp at a young age why he “shot” horses. Being an avid horse lover like most little girls, I was quite disturbed that my Granddad went around killing horses! With a trembling lip and tears in my eyes, I asked why he would do such a thing! Wiping the grin off his face and gathering me in his arms, he explained to me the difference between the letter “t” and “d”.

Ralph shod horses and mules for the Forest Service. He went to the Ranger Stations as far away as Philipsburg, Wisdom and Ennis. From April to October, he averaged shoeing about one hundred head per month. One mule, Bender, did not take kindly to being shod. It is rumored that my granddad was the only farrier who could shoe him and when Ralph retired in 1956, so was the mule!

Growing up, I spent many hours with him in the log building used as his farrier shop. The red-hot coals in the forge, the ringing of the hammer hitting the forming horseshoe on his anvil and molding it into the perfect shape will forever be etched in my memory. The old shoes, no longer useful were tossed out the window, forming a mountain of rusted metal, growing tall throughout the decades of his trade.

After his stint with the Forest Service, he continued shoeing for local ranchers and shod his last horse, my horse Cricket when he was 74. My Granddad was legally blind. Macular degeneration had stripped him of normal eyesight in his later years of life. I remember vividly, holding the rope attached to Cricket’s halter as he lifted her front foot and felt along her hoof to determine what size horseshoe he needed. He had shod logging and saddle horses near Eugene, Oregon in 1944 and 1945. Some of the logging horses wore a number eight shoe. The average saddle horse wore a number one. Satisfied that the shoe he had chosen fit correctly, he began to nail it on, using muscle memory rather than his eyesight to secure the horseshoe.

In the Twin Bridge Historical Museum, one can see the collections of horseshoes, barbed wire, and bits my Granddad collected throughout his lifetime. He won many awards for his displays. Helping him wire these items on boards and labeling them was time well spent in my youth while growing up on The Ranch.

We as Christians need to rely on our own muscle memory of God’s promises as we navigate these uncertain times. This can only be done by meditating on God’s Word. A haze has inhabited this land making people blind to the evil of this world. Politically motivated racial division, child trafficking, abortion upon demand and as the Bible prophesied, seeing evil as good, has allowed this great nation to falter and stumble. As followers of Jesus Christ, let’s band together to proclaim the Good News to all. Let’s be that light on the hill for everyone to see! Let’s turn from our wicked ways, be humble before the Lord and ask Him to heal our land. Let’s learn to love one another despite our differences.

“You are the light of the world. A town built on a hill cannot be hidden.  Neither do people light a lamp and put it under a bowl. Instead they put it on its stand, and it gives light to everyone in the house. In the same way, let your light shine before others, that they may see your good deeds and glorify your Father in heaven. 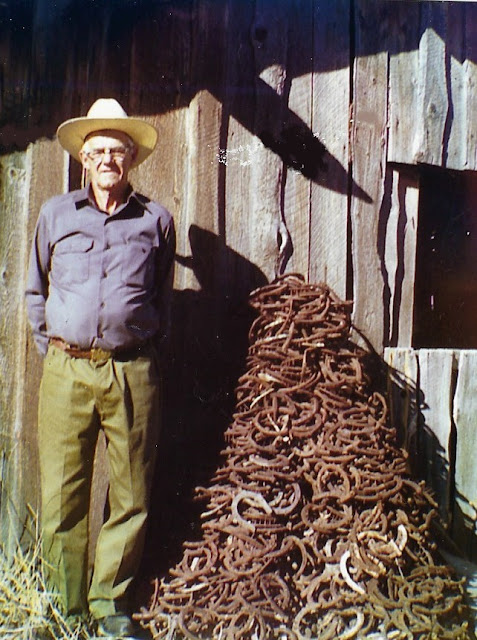 Life on The Ranch The Farrier

Life on The Ranch The Farrier August 19, 2020 My great grandparents, Harry and Elvira Redfield homesteaded a ranch southwest of Tw... 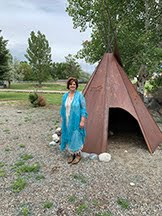